It started as a dream. Bob Lee, a retired oil producer, purchased a beautiful piece of Florida paradise in Southwest Florida’s Marco Islands/Naples area to build a revolutionary luxury beach home. From 1980-1982, he built his dome home on Cape Romano Florida. The structure had 6 parts or domes connected to each other measuring 2400 square feet. 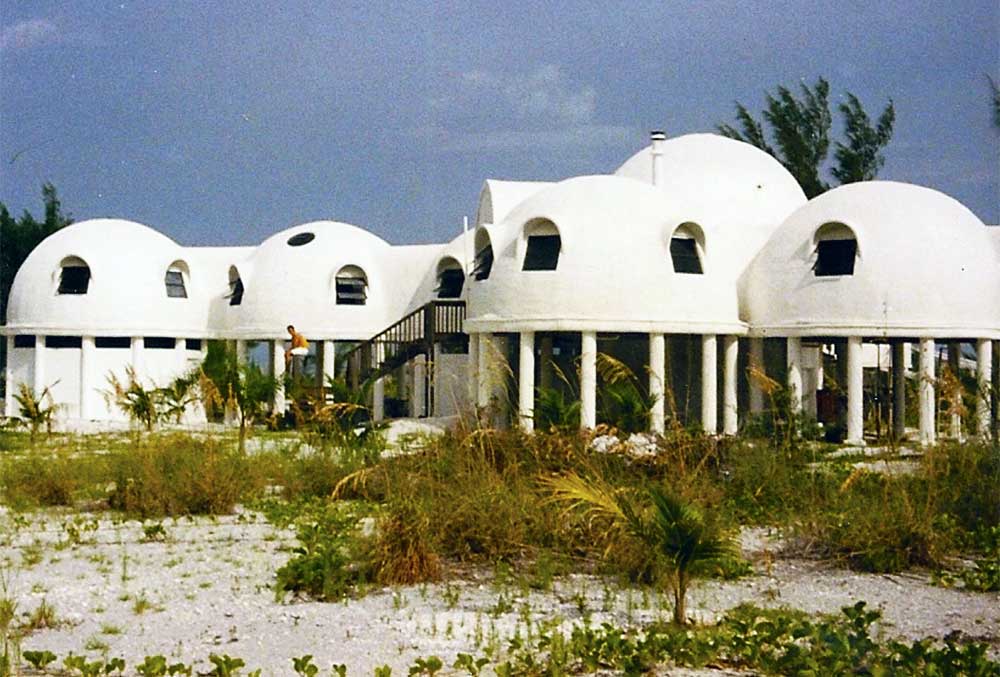 While the outside looked like something from a sci-fi movie, the inside was very much a typical home with 3 bedrooms and 3 baths, a living room, kitchen, den and sunroom.

Most impressive was the (ahead of its time) self-sustaining features. Solar panels were used to power the house and heaters that ran through the floors to provide heat on cold nights. The dome roofs ran rainwater into troughs that captured the water that was then filtered into a 55,000 gallon tank under one of the domes. Water shortage was never a problem. (source: Kristian Maples, grand-daughter of the builder).

The dome design served several other purposes. Without corners, the dome created an open space with floor to ceiling windows providing the feeling of more space. 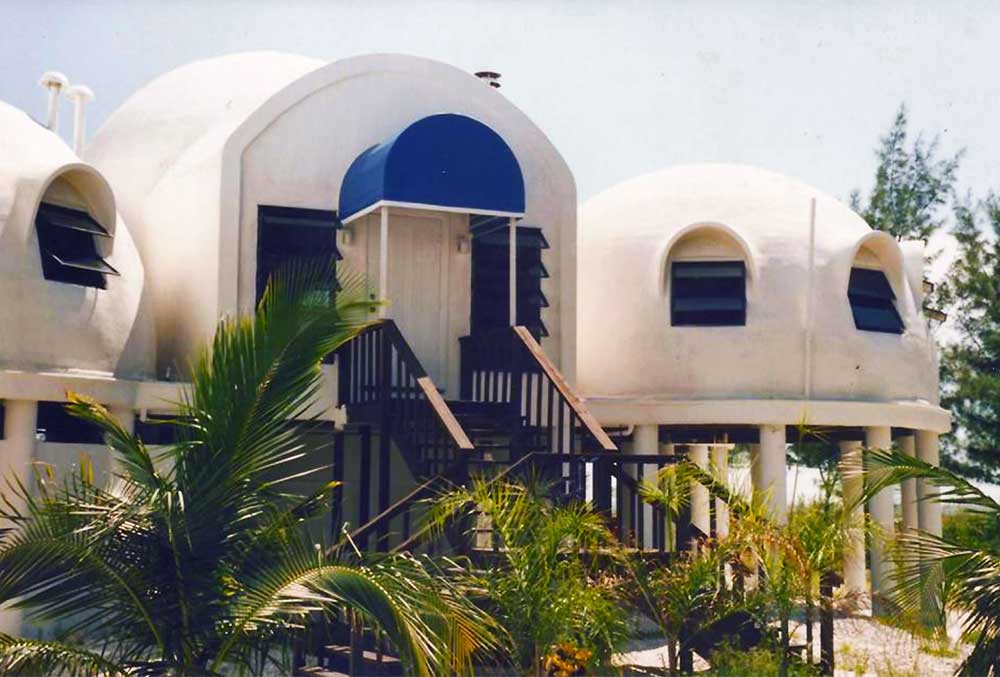 Being built on pillars provided a level of safety from storms and storm surges and also gave the home a beautiful shaded outdoor space.

With the dome design, the home was also more resistant to hurricanes. They have withstood 3 Hurricanes since being built, but the beach and sand erosion destabilized the foundation. The first hurricane to affect the domes was Hurricane Andrew in 1992. The dome’s walls and structure withstood, but the windows blew out causing the interior to be destroyed.

Originally built 20 feet from the water, the storms and beach erosion have been sinking the structures into the sea

By 2004, the domes were at the water’s edge. In 2005, the domes were sold with plans from the new owner to move them inland and renovating the interior. Then Hurricane Wilma came through the area further eroding the beachfront, making the dome’s foundation completely unstable. The owner wanted to save the home by moving it, but the plans were not approved by code enforcement and agencies. In 2007, the owner was given the option to either demolish the house or remove it completely. He has been refusing and growing fines to nearly 1 million dollars from Collier County in the years since for not demolishing the property.

In 2015, a movement was started to move the domes to an underwater location where they could become a reef, but it didn’t get funded. Many don’t want them touched since they have become a part of the culture. The Domes are boosting tourism as this unique structure slowing sinking into the sea is being viewed by some as a historic landmark that people travel from around the world to see. Local boating captains promote trips to view these historic domes.

See The Domes of Florida before they are gone

Just two years ago, in 2017, all 6 domes were still above water. Then Hurricane Irma hit and sank 2 of the domes which are now almost completely submerged. 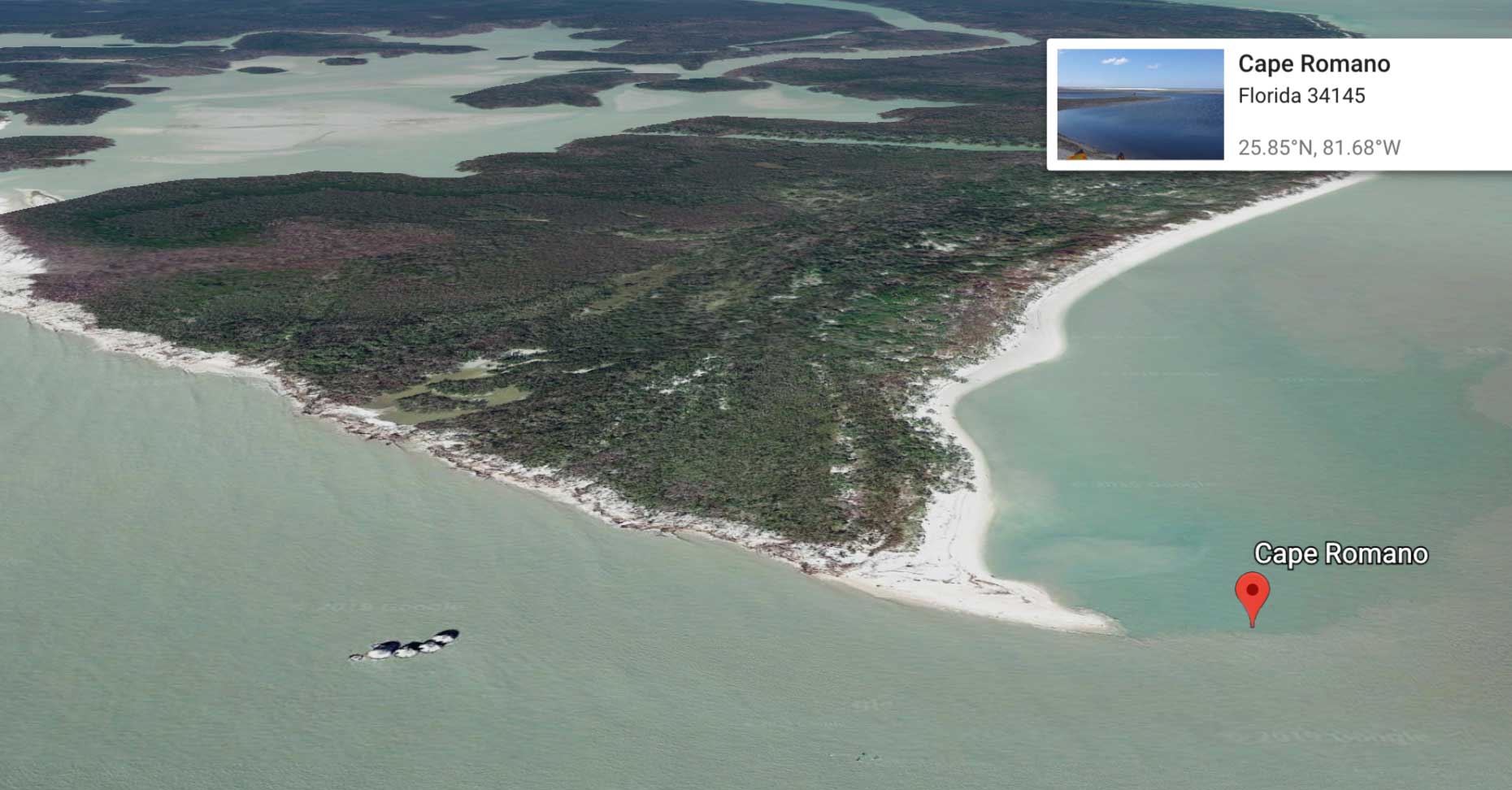 In 2018, the fate of the domes was taken over by the state of Florida and the future of the domes is still uncertain. “The submerged lands lying below the mean high-water line of Morgan Pass/Gulf of Mexico, including the subject site, are state-owned and within the Rookery Bay Aquatic Preserve,” according to a letter to the county from the Florida Department of Environmental Protection on May 11. (source: Marco Eagle, June 2018)

Florida still hasn’t made a decision about the fate of these domes and the debate continues. The biggest concern is the safety issue surrounding the domes. The structures are not stable and could come down at any time. Many believe if another hurricane hits, the remaining 4 domes will fall into the water.

So if you’d like to visit this unique part of Florida’s history before they are gone, now is the time to plan your trip!